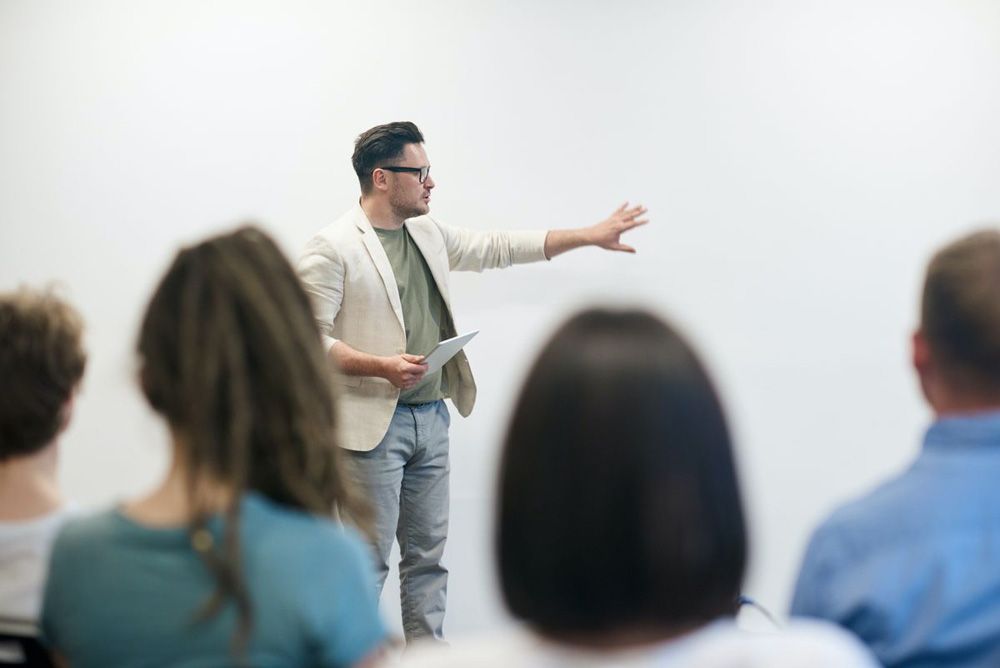 How Teaching Has Affected the Way I Practice Medicine

Teaching involves not only the transmission of knowledge but also the organization of knowledge into a digestible framework whose construction imparts a way to organize other information. In other words, teaching involves teaching students how to learn as much as what to learn. It is that process of constructing the “framework” that allows me to organize my knowledge into a logical, organized, evidence-based facial plastic surgery clinical practice in Cincinnati, Ohio. Seek a fellowship-trained facial plastic surgeon if you have concerns about your face or neck.

My mother still enjoys telling the following story about me as a young boy: I was teaching my younger sister the colors. I became bored after teaching her a few colors, explaining that all the remaining colors are “orange.” My mom explains it took months for her to convince my sister that all referred to colors are not, in fact, orange. Fortunately, the damage done to my sister was temporary. She is now a brilliant cardiology pharmacist.

I was a teaching assistant in college at Cornell University in a biology class that was student-directed. Lessons and tests were created by us, the teaching assistants. This experience taught me how to put myself in a student’s shoes, to design lessons and exams that not only communicate information but also teach students how to analyze and solve problems more generally. This is partly because all the exams were oral rather than written, forcing not only my students but me to actively engage with the material. This experience gave me the confidence and tools to engage in self-directed learning on some of my other interests, including architecture and foreign policy.

My Self-Actualization Moment as a Teacher Occurred in Doha, Qatar

I later became a biology and chemistry teacher to undergraduate students at Weill Cornell Medical College in Doha, Qatar. It was a job I almost lost. I had applied months prior to my college graduation. I was given a phone interview that went well. However, I heard nothing from the institution all year. I started making plans to return home for a year prior to medical school, unsure what I would do, when I received a phone call from a very unusual number. An individual named Sean Pierson left a voicemail in a very sweet British accent asking whether I would be joining them in Doha in August. I learned they had sent my job offer and follow up emails to the wrong address for months.

For example, Ramadan occurred at the height of the summer when temperatures were routinely greater than 100 degrees Fahrenheit. Most students fasted during the day. And because the school ran on an American schedule, classes were held during normal daylight hours. It was obvious the students were retaining very little during these days. I adjusted lessons to account for this and, frankly, expected less from them during this time. They more than made up for this time over the course of the year. My students demonstrated themselves to be very thoughtful and intelligent like the students I taught in college. This experience taught me to meet people where they are, because it may be very different than where I am.

Another example was in helping students write essays in English who are primarily Arabic-speaking. I learned competent writing in Arabic tends to be very long and descriptive as opposed to focused and efficient as in American English. Despite this, it was remarkable how quickly and easily my students adapted to this difference in focus. I also learned about the beauty of the Arabic language from them. My students helped me understand how deeply language guides and organizes our perception of the world. It was another lesson in empathy.

My experience in Doha was a self-actualizing time for me. I knew that whatever the specialty I choose, teaching would be a part of my career.

A huge amount of time in residency involves teaching the younger residents and medical students. I made it a point not only to teach the younger residents but also to help them develop a framework for acquiring and applying medical knowledge, because it was important to me not only that the team I was leading as a chief resident would be clinically competent but also that I would help develop younger doctors going out in the world who will be taking care of patients. That is why I still teach the residents at the University of Cincinnati today, years later.

The Opportunity to Teach Facial Plastic Surgery is a Gift

The opportunities I have had to teach have not only allowed me to remain up to date on the medical literature but has also affected how I consult with patients. I respect their intelligence and desire to be well-educated on how to best address their aesthetic concerns. I believe it is reflected in our consultation. It is important to meet patients where they are. It is in placing myself in the shoes of patients that I truly understand how to alleviate their concerns and answer their questions.