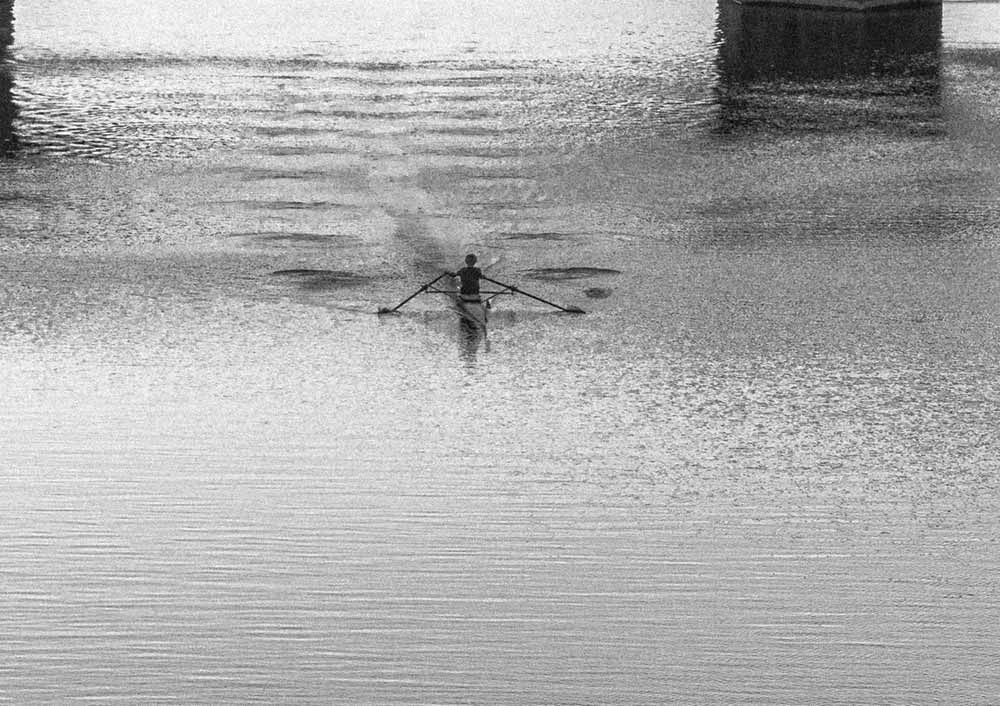 Concept of 'Flow' and Surgery

The author James Clear describes a system in the book Atomic Habits to identify activities in which one could excel by asking the following questions:

Question 2 refers to the concept of 'flow,' which is a mental state achieved when you are so focused on a task that everything else fades away. James Clear argues that flow tends to be reached more often with activities that sit in a 'Goldilocks Zone,' neither too difficult nor too easy. He argues that it is in this zone that maximal motivation and focus can be achieved.

I have routinely experienced flow during two pursuits, surgery and rowing.

‘Flow’ in Rowing Refers Not Only to the Water

As written in Atomic Habits, the concept of ‘flow’ in athletics is commonly referred to as being “in the zone.” This is especially appropriate when describing rowing because it describes the feel of a boat moving through water when the entire boat is in the zone.

I rowed primarily in an eight-person racing shell, which is the term for a rowing boat. Four oars extend ten feet to the tip on each side of the shell. All eight rowers need to move the long oars in perfect harmony, both to balance the boat and to maximize the power generated pulling through the water. While a shell can move fast when the rowers are slightly out of sync, the wasted energy is palpable.

There are times, however, when the boat feels of one mind. No energy is wasted. The blades hit the water at the exact same moment, pull through with ease, and exit with the shell in perfect balance. Even our coxswain – the individual who sits at the back of the boat, steers, and coaches the team – described feeling when the boat experienced flow. It felt like we were moving faster and with more intention but with less effort.

‘Flow’ in Surgery Engages All Senses and Cognition

The concept of flow applies in the operating room as well. Flow describes not a mindlessness but an all-encompassing focus that optimizes the careful execution of each step in the procedure.

For example, I ask my patients what background music they would like to listen to in the operating room before surgery. A common reply is “whatever you would like.” I then explain that when I am in the operating room, I hear no background music playing. I am “in the zone.” All attention is focused on their care. All senses are engaged with them, from what I see to what I hear, including their vital signs on the patient monitor. My surgical team – consisting of an anesthesiology physician, nurses, and scrub technologists – facilitates this flow state.

Like rowing, achieving a flow state makes the procedure feel like I am working with more intention but less effort, though the opposite is true.