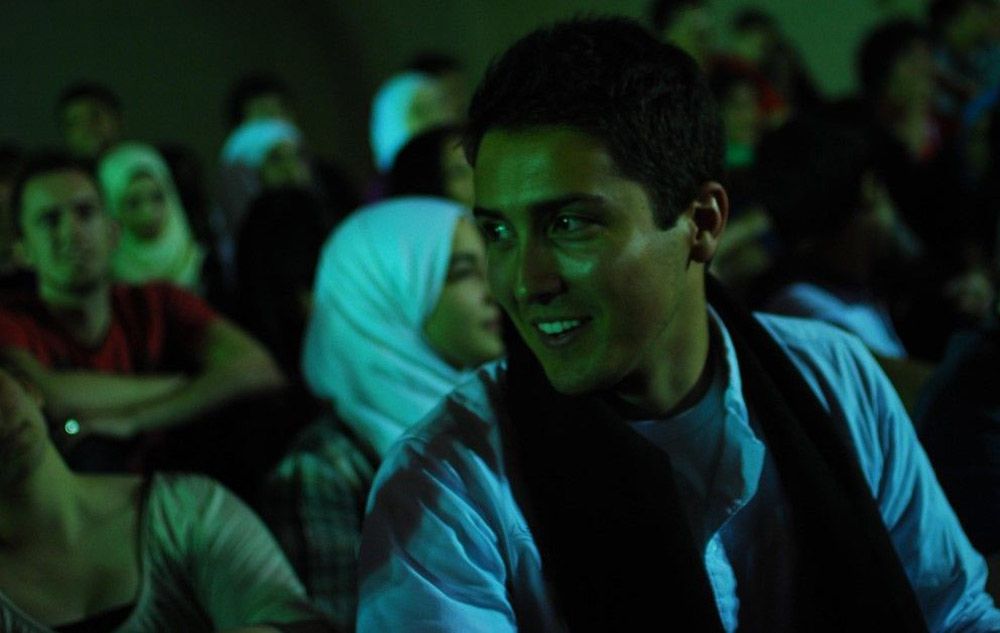 The definition of a kludge is a solution that is clumsy, inelegant, inefficient, and difficult to maintain. There are many kludges in facial plastic surgery that should generally be avoided. Seek a fellowship-trained facial plastic surgeon if you have concerns about your face or neck.

My Experience with a Kludge

The above photo is of me at age 22 when I lived and worked as a science teacher at Weill Cornell Medical College in Doha, Qatar, a small country that is a peninsula off Saudi Arabia. I carry many stories from my time here, but one is relevant to the conversation. That story is the time the apartment tower I was living in caught fire with me in it.

I lived on the twelfth floor of an apartment complex with two towers and a shared base. The trash chutes collected to a common area in the basement. I was sitting in my room one evening when a loud voice starting yelling in Arabic as if through a bullhorn. This occurred seemingly randomly and constantly. I do not speak Arabic and, as a result, had no idea what was being said. My inclination was to remain in my room. I stayed in my room for about 20 minutes before deciding I needed to go the hallway of the apartment to determine whether I needed to leave the building. I opened the door to billowing smoke. A fire had broken out somewhere in the building. I crawled to the exit stairs. The stairs were too hot to crawl on. Instead, I ran down twelve flights of stairs through smoke and out of the exit as quickly as I could. Fortunately, no one was seriously injured. We were even able to return to our apartment the next day because the fire had engulfed the opposite tower only. We later learned a tenant in the opposite tower had thrown a cigarette down the trash chute, which caught the basement on fire. Apparently, many individuals delayed leaving the building for the same reason.

The tower had been built for the Pan-Asian games a few years prior. All the tenants at that time spoke Arabic. However, few-if-any current tenants spoke Arabic. The most reasonable solution to prevent this from occurring again would have been to change the language of the fire alert from Arabic to English or some combination of languages and to educate the tenants on the proper way to identify a fire in the building and exit safely. Instead, the building management hired individuals from Nepal, all of whom suffered from what was and still is an abusive environment for laborers, to sit on plastic chairs with air horns in the hallway. They were instructed to blow the air horns in the unlikely event that another fire broke out. These poor individuals had to sit in the dark, because the hallways lights are motion-activated, and the management would not keep the hallway lights on. This was a kludgy, incompletely effective solution that reflected what management had (i.e., inexpensive labor).

Kludgy solutions are common in facial aesthetics as demonstrated by the following examples.

A lip flip non-surgical procedure is performed by injecting botulinum toxin (e.g., Botox©) into the muscle surrounding the mouth, called the orbicularis oris, in the upper lip. This procedure is not recommended, because it is often ineffective and can cause problems with speaking and drinking through straws for weeks-to-months after the procedure. See this previous blog post for more detail on the non-surgical lip flip.

Lengthening of the upper lip skin as well as the loss of definition and projection of the red upper lip is often addressed with hyaluronic acid filler to poor effect, largely due to too much volume being added and it being added to the wrong location. In fact, adding an excessive volume of filler to the upper lip can stretch the upper lip over many years. The non-surgical procedure can also over project the upper lip, leading to a “duck-lipped” appearance that looks unnatural. See this previous blog post about lip filler versus a lip lift. Lip filler can enhance the effects of a lip lift for deflated lips but should generally not be a substitute for a lip lift in the above clinical situation.

A common solution to drooping cheeks with older facelift techniques is to add volume – often a great deal – using fat and/or hyaluronic acid filler. This can make patients look overly rounded because the body’s natural fat remains hanging down and towards the center of the face. In contrast with other facelift techniques, smaller volumes of fat are added during the extended deep plane facelift procedure and only when the patient is volume-deficient in the cheeks prior to surgery. See this previous blog post about cheek lifts versus fat grafting to the cheeks. Fat grafting can be appropriate for some individuals, though not all.

Hyaluronic acid filler is commonly used in the nasolabial folds and marionette lines to “blunt” or “soften” their appearance. While this non-surgical treatment can be appropriate in many circumstances and when added conservatively, the problem is these non-surgical procedures do not address the actual changes that occur with age (i.e., weakened ligaments, drooping fat, and loose muscle and skin). As a result, there are inherent limitations associated with them. Also, attempts to eliminate the nasolabial folds and marionette lines with hyaluronic acid filler can make patients look distorted and inflated by eliminating subtle transition points between the cheeks and upper lips that are present naturally, even in youth.

When too much volume is added to the cheeks, nasolabial folds, and marionette lines at the same time the overall effect is extreme and does not appear natural. See this previous blog post for more detail about when jawline filler is not aesthetically appropriate.

There are multiple devices available that utilize an energy source (e.g., radiofrequency, ultrasound, plasma) to heat up the fat and other tissue immediately deep to the skin in the face and neck. They are sometimes referred to as non-surgical facelift procedures. They are also sometimes referred to as an option for individuals who may not be ready to undergo a surgical facelift and/or neck lift. While there are some aesthetic uses for these devices I feel they should not be classified as non-surgical facelift procedures, nor do I believe they are appropriate as a “stepping-stone” to a surgical facelift and neck lift. These devices heat up fat and cause scarring in the targeted tissue for the stated purpose of tightening skin. Age-related changes to the face are primarily due to drooping fat, weakening ligaments surrounding the fat, and loosening muscle and deep fascia. A facelift and neck lift should not be considered simply a skin lift or skin tightening procedure. Furthermore, the scarring that these devices cause make a surgical facelift more technically challenging such that deep plane facelift surgery is even more appropriate to reduce the risk of healing problems. See this previous blog post for more detail on the different facelift techniques utilized by facial plastic surgeons.