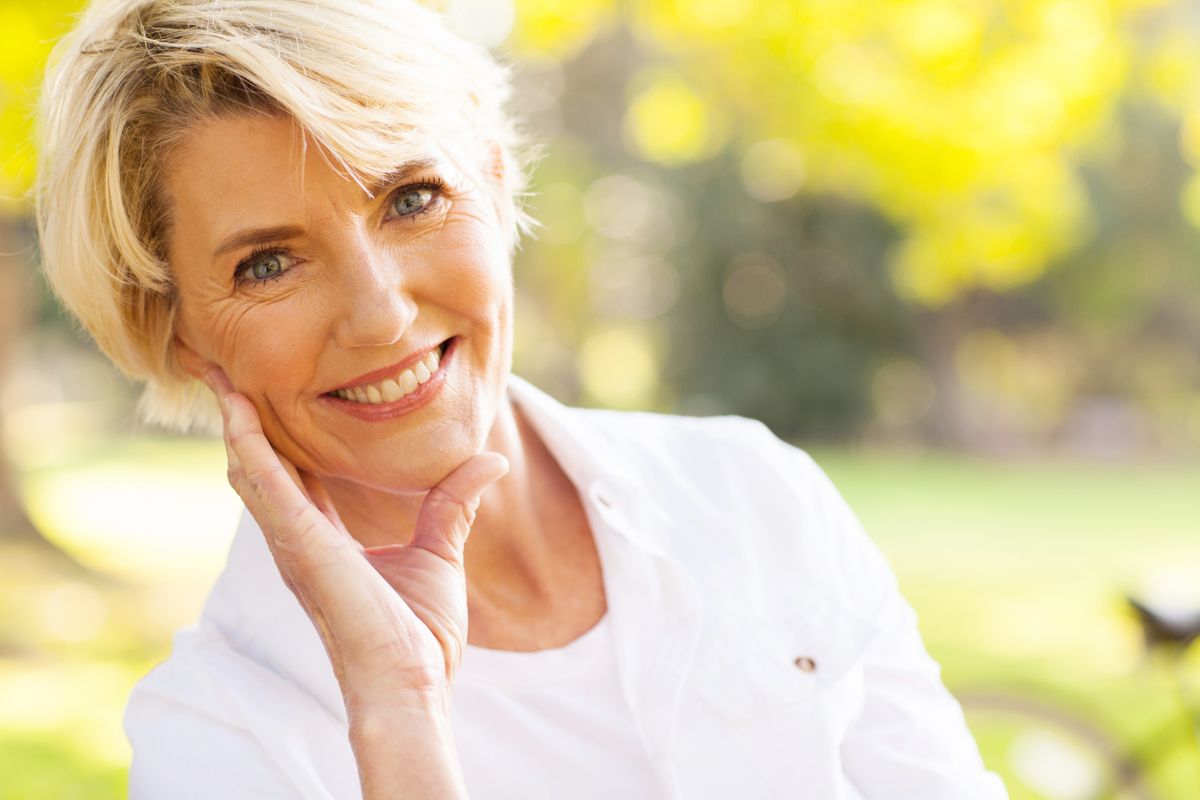 The following information is adopted from a lecture I give to head and neck surgery residents at the University of Cincinnati on the aging face and how it can be treated.

It is important to start any discussion about the changes that occur in our faces when we age with the fact that the face is composed of multiple stacked layers. Facial aging results in changes in all these layers, some more obvious than others. The focus of a facelift procedure – or any cosmetic facial plastic surgery procedure for that matter – is to address the most obvious of these changes, namely, loosening of skin and drooping fat. There are individual fat pads all over the face. Ligaments, which is soft tissue that act as support structures to the face, surround these fat pads. The ligaments surrounding these fat pads become more visible as they loosen and the fat pads drop, leading to more visible lines around the mouth (e.g., nasolabial folds, marionette lines) and the lower eyelids (e.g., tear trough). The fat pads along the jawline also begin to blend in with the neck, making the jawline look much shorter than it is. Skin loosens as the ligaments weaken and fat pads drop. The purpose of a facelift procedure is to address these changes.

The first facelift was performed over 100 years ago. Multiple facelift techniques have been developed and evolved as our understanding of facial anatomy has improved. Facelift techniques can be broadly grouped into three (3) types, though there is wide variability in the details of each procedure in each group.

The first type of facelift releases only skin and only pulls on the SMAS layer of tissue under the skin. The SMAS layer is a thick layer that lies under the skin but over the facial muscles and most of the fat pads in the face. They include a SMAS imbrication and SMAS plication, the details of which are not important except to say that this approach involves the most limited surgery. As a result, there is more limited improvement in the jowl than other approaches, no lifting of the cheeks, and little improvement in the nasolabial folds. The skin is placed under more tension than with other approaches because the retaining ligaments in the face are not released with the lift.

The second type of facelift involves the lifting of skin as with the SMAS techniques described above. However, these facelift approaches go under the SMAS layer itself, albeit on the side of the face closer to the ear. There are many ways to go under the SMAS layer itself in this location, with multiple incision types and differences in the extent of the surgery. The improvement in jowls can be better than if the SMAS layer is just pulled up with sutures (stitches) like the first type of facelift procedures. The lift can also be made a little more vertical than a SMAS imbrication or plication, which is more natural. However, again, there is no cheek lift with these approaches, little improvement in the nasolabial folds, and persistent, though less, tension on the skin when the procedure is complete. This is because the area where this SMAS layer is addressed is very firmly adherent to the deep layers of the face, unlike the front of the face. As a result, there is less lift of the front of the face.

If you observe the aging process closely, you will realize that most of aging occurs at the front of the face. The deep plane facelift and subsequently the extended deep plane facelift were developed to address the problems associated with the previous broad approaches to the facelift. Like the SMAS facelifts, the deep plane facelifts go below the SMAS layer. However, they do it at the front of the face, bypassing the areas on the side of the face that do not drop with age and targeting the areas at the center of the face that do drop with age. The front of the face is the primary location where aging occurs, as evidenced by the jowls and drooping of the cheeks. There are ligaments, or tension points, in this area of the face, that need to be released to lift those fat pads in a more natural, long-lasting manner. The deep plane facelift, the details of which were published in the 1990s, addressed the above. The extended deep plane facelift, the details of which were published in the 2000s, extended that concept to the side of the neck to better address aging of the neck but also to better improve the youthfulness of the jawline by restoring some definition and volume to the back of the jaw. Overall, while a more complex procedure, the benefits of a deep plane or extended deep plane approach are that, unlike the above approaches, the cheeks can be lifted, there is improvement in the nasolabial folds, and the skin is placed under no tension, thereby significantly reducing the risk of poor healing and widening of the incisions around the ears.

Facelift techniques will continue to improve over time. It is important that these improvements reflect an understanding of the anatomy, focus on addressing the actual changes that occur with aging, and maintain patient safety. The extended deep plane facelift is a natural evolution of these concepts and the current gold standard in facelift techniques.