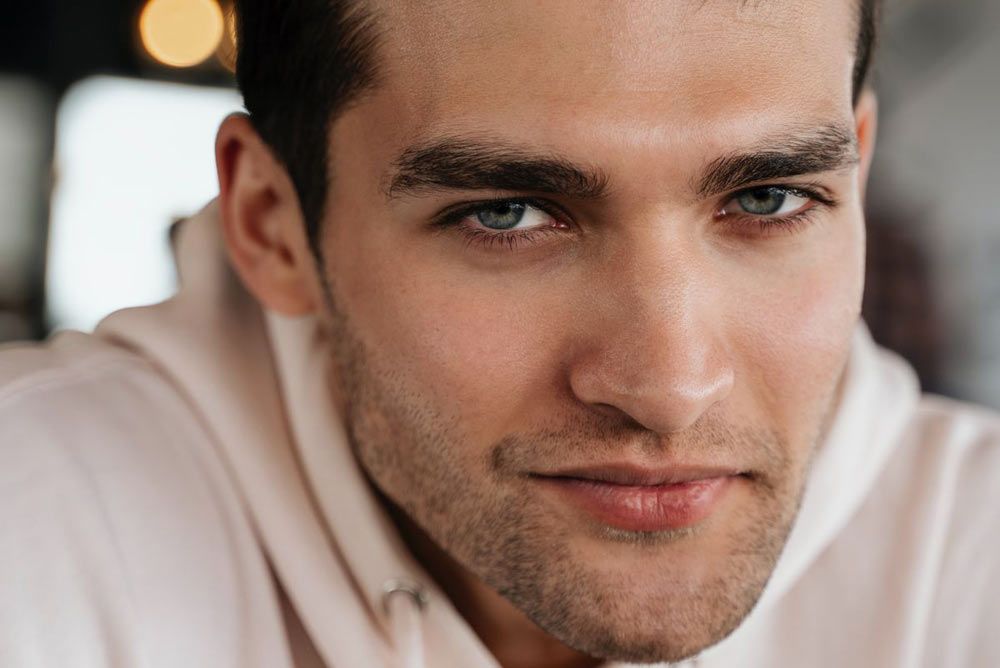 I have the privilege as a physician and surgeon of helping patients “feel good about feeling good.” I pride myself as being a well-trained facial plastic surgeon who can provide natural surgical and non-surgical results, safely. However, I often wonder if during my consultation with patients they are thinking: “sure, you know what you are doing, but do you truly understand what goes into making a decision to proceed with facial plastic surgery?” My answer to that question is yes, I do understand. I underwent a rhinoplasty at age 17. Seek a fellowship-trained facial plastic surgeon if you have concerns about your nose.

I was injured at age 13 in the most embarrassing way. I was at a friend’s house running from their backyard into their basement. I did not realize my friend had closed the glass sliding door to the basement. Another friend had called out from behind me just before I approached the door. My nose met the glass as soon as I turned my head forward.

The pain was excruciating. I knew something was wrong immediately. My nose swelled. I had immediate difficulty breathing through it. My nasal bridge was deviated to the right. I iced my nose and, as the pain subsided, largely forgot about it, unconcerned with my appearance.

The swelling resolved. The difficulty breathing through my nose did not. And while the nasal bridge was significantly less deviated than it initially appeared, I became more bothered by it as I progressed through high school.

By age 17 my nose was bothering me enough – I was having difficulty breathing during difficult workouts and races as a rower – that I decided to consult with a head and neck surgery trained facial plastic surgeon. He recommended a septoplasty and rhinoplasty to correct my deviated septum and nasal bridge and to improve my breathing.

I have only two memories of my experience. My first memory was lying on the operating room table with the anesthesiologist and the surgeon’s head nurse at my side. I remember starting to count backwards and almost immediately going to sleep. My second memory was after surgery when I was changing in the bathroom to leave. I suddenly felt lightheaded and fell to the ground, almost hitting my newly operated on nose on the sink counter.

My Recovery was Consistent with What I Counsel My Patients

Like my patients I had a splint on my nose. Unlike my patients I had packing in my nose, which was extremely uncomfortable. More recent data and guidelines from the American Academy of Otolaryngology – Head and Neck Surgery do not recommend nasal packing after rhinoplasty.

I spent one week largely sitting and sleeping in a recliner, anxiously waiting for the removal of my nasal packing. My head felt like an over-filled balloon, entirely due to the packing. I did take the prescribed pain medication once or twice, felt very nauseous, and discontinued its use.

The packing was removed in clinic – along with the sutures – approximately 1 week after surgery. It felt so wonderful to have the packing and sutures out as well as the splint. My nose remained swollen after the cast was removed. I remember the most significant swelling resolved within two to three weeks. However. I noticed continuous improvements in the appearance of my nose for many months after surgery.

My nasal breathing improved almost immediately after the packing, sutures, and splint were removed. This improvement continued over approximately the first month while all the interior swelling subsided.

I am very happy with the appearance of my nose these decades later. I am very grateful to the facial plastic surgeon who performed this procedure, though he retired and unfortunately passed away a few years ago. The sensation on my nose is normal. I am breathing well. I can feel some of the surgical changes made if I push hard on the skin overlying my nasal bridge, though there is no outward appearance of this due to the soft tissue envelope covering my bones and cartilage.

In short, I answer questions about facial plastic surgery not only as a surgeon performing a procedure but also as a patient having undergone a procedure.

It is important to seek a fellowship-trained specialist in plastic surgery of the face and neck when you have concerns about your nose.